The short answer is “yes”. Numerous studies have focused on the brain development, vocabulary, reasoning, general intelligence, and social and emotional development of young children who have played a musical instrument and the findings support musical training as a means to further cognitive, fine motor, and emotional growth. 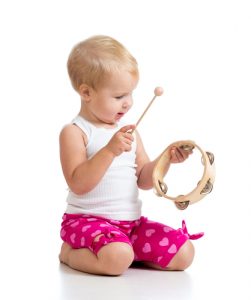 Because the human brain can respond to the way in which it is used by altering its structure and functionality, studies have been performed which focus on the effect musical training has on the brain’s development. In this study, various subject groups of young children show difference in terms of auditory skills and motor skills related to musical aptitude. The study shows that long-term musical training actually improves performance in these areas. The researchers describe this type of lengthy training in musical instrument performance as “an intense, multisensory, and motor experience” and cite structural and functional changes in the brain after just 15 months of training.

Other studies show more specific, and very surprising, effects on the brain after musical training. This research study shows improvements in both vocabulary and nonverbal reasoning in study participants who trained with a musical instrument. They found that the duration of the training correlated directly with the improvements in performance in these areas.  Another study shows that general intelligence can be boosted by musical training. IQ was measured both before and after training in music in a group of participants, and was also measured in a group that did not receive musical training. The participants who trained in a musical instrument showed an improvement in IQ. 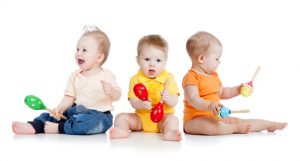 Does your child play an instrument? Has she shown an interest in toy instruments or any adult instruments you may have in your home? Nurturing that curiosity may be in your child’s best interest!