As we raise our children, we see endless opportunities for them to contribute to a kinder world, a more accepting society, and a more generous community in the future. We teach our kids to share with their friends at daycare and preschool, and with their siblings. We talk to them about using their words and giving back to their communities by donating toys and canned food to families in need. We also have an opportunity to teach our kids about the diversity around them, and to embrace people who are different from them, whether because of the color of their skin, differences in their abilities, their lack of adherence to gender norms, or their religious beliefs. Approaching this topic with your kids is easier than you think. Curiosity comes naturally to children, and it is an adult’s job to steer that curiosity in a positive direction. 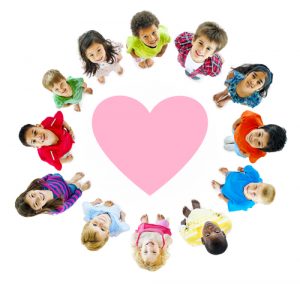 As you approach these challenges with your children, remember that you are doing important work, and that your work will tap in to that natural affinity for love and acceptance inside each of your children. As Nelson Mandela said, “people must learn to hate, and if they can learn to hate, they can be taught to love, for love comes more naturally to the human heart than its opposite.”