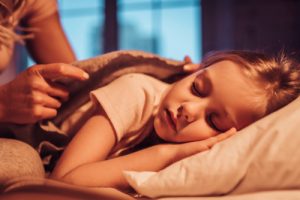 There is little consensus among parents about what a suitable bedtime is for children, from infancy through preschool and pre-K age. Many parents desire more time with their children after work, which is certainly understandable, but an earlier bedtime will make for a more well-rested child, which will in turn make the time you spend with your little one more enjoyable for the both of you. From our childcare staff and preschool teachers at Child’s World Academy in Monroe, here are a few benefits of having an early bedtime for your child!

If you have shifted your child to an earlier bedtime, what benefits have you seen as a result? Let us know in the comments section, or contact Child’s World Academy today to learn more about our daycare and preschool learning programs!